On Saturday, January 9th, we decided it would be a perfect day to visit the Fort Langley Historic Site and get some updated photos for the Fort Langley Community Association website.   Things continually change and progress there and with the sun shining in a bright blue sky, we were first into the Fort at 10am. 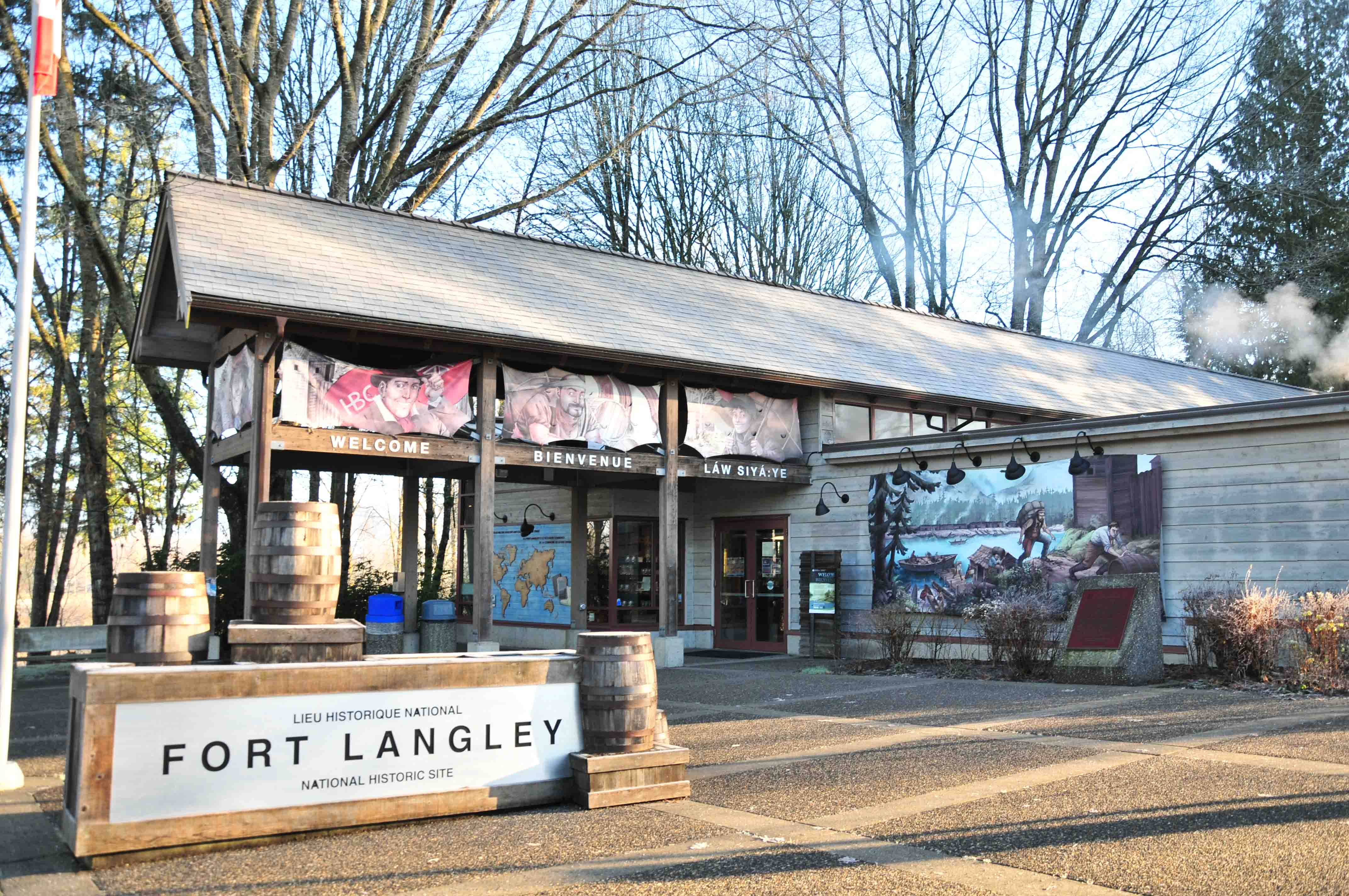 For quite a number of  years  there has been a cafe building at the northeast corner of the Big House.   It could  be just bad luck with timing but it seemed the last few times I had been in there in recent years, it was either closed or not much going on.   After we had worked our way through the Cooperage, the blacksmith building, the original storehouse and a couple more buildings, we arrived at the Cafe. 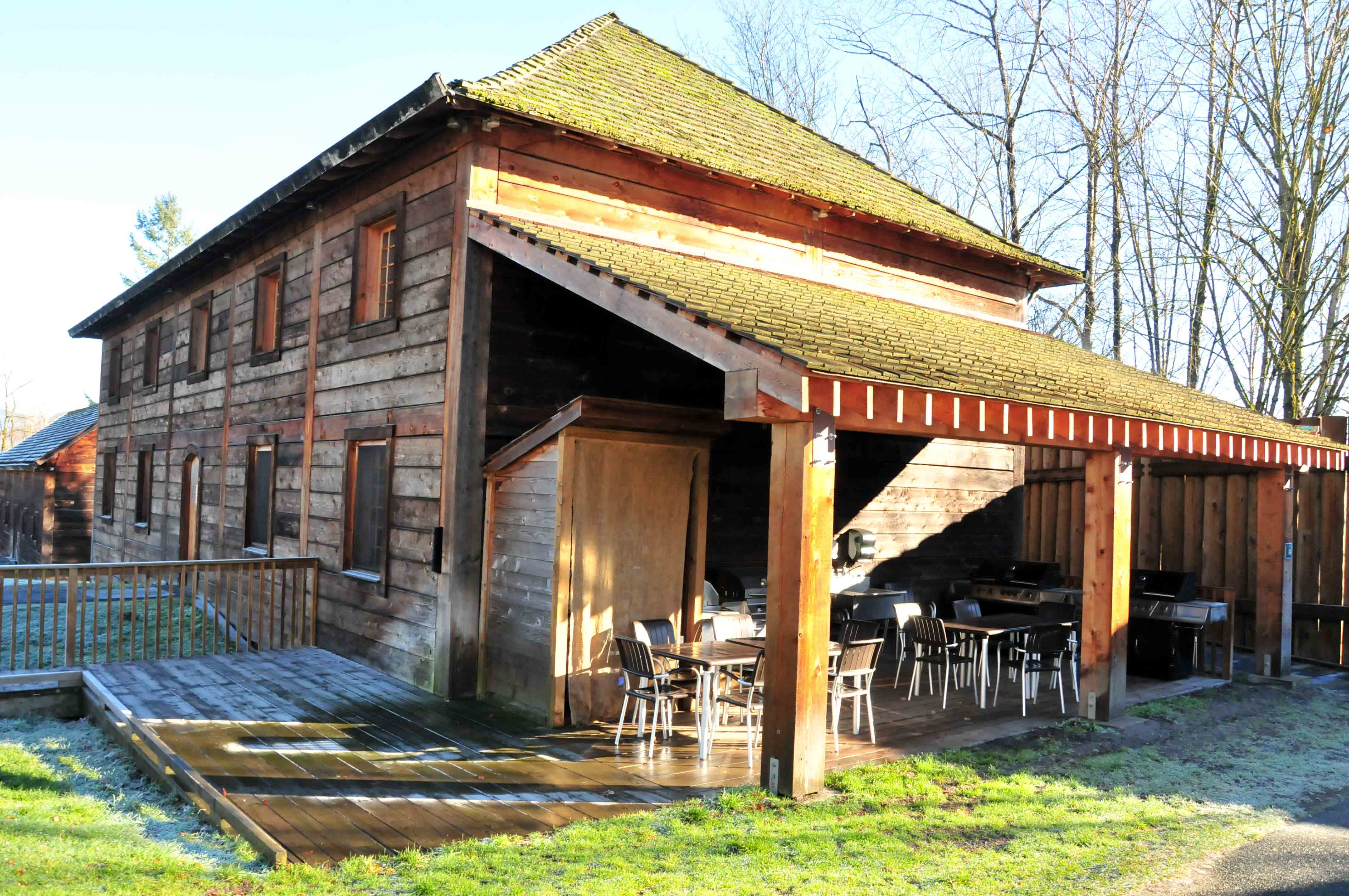 The door was unlocked (a good sign) and in we went.  What a surprise!  The popular Lelum Cafe has taken on the cafe duties inside.  Who knew? 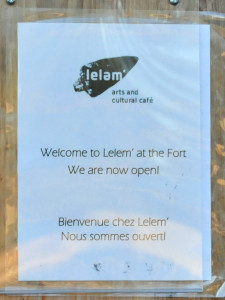 Two totem poles stand at the far end of the seating area.

I could see someone in the back rolling dough (I think) and the friendly woman in front explained what was goinng on and they had just moved in a couple days earlier.   We had a great cup of coffee and after looking around a bit inside and taking pictures, thanked her for the coffee and continued on our photo-taking around the other buildings. 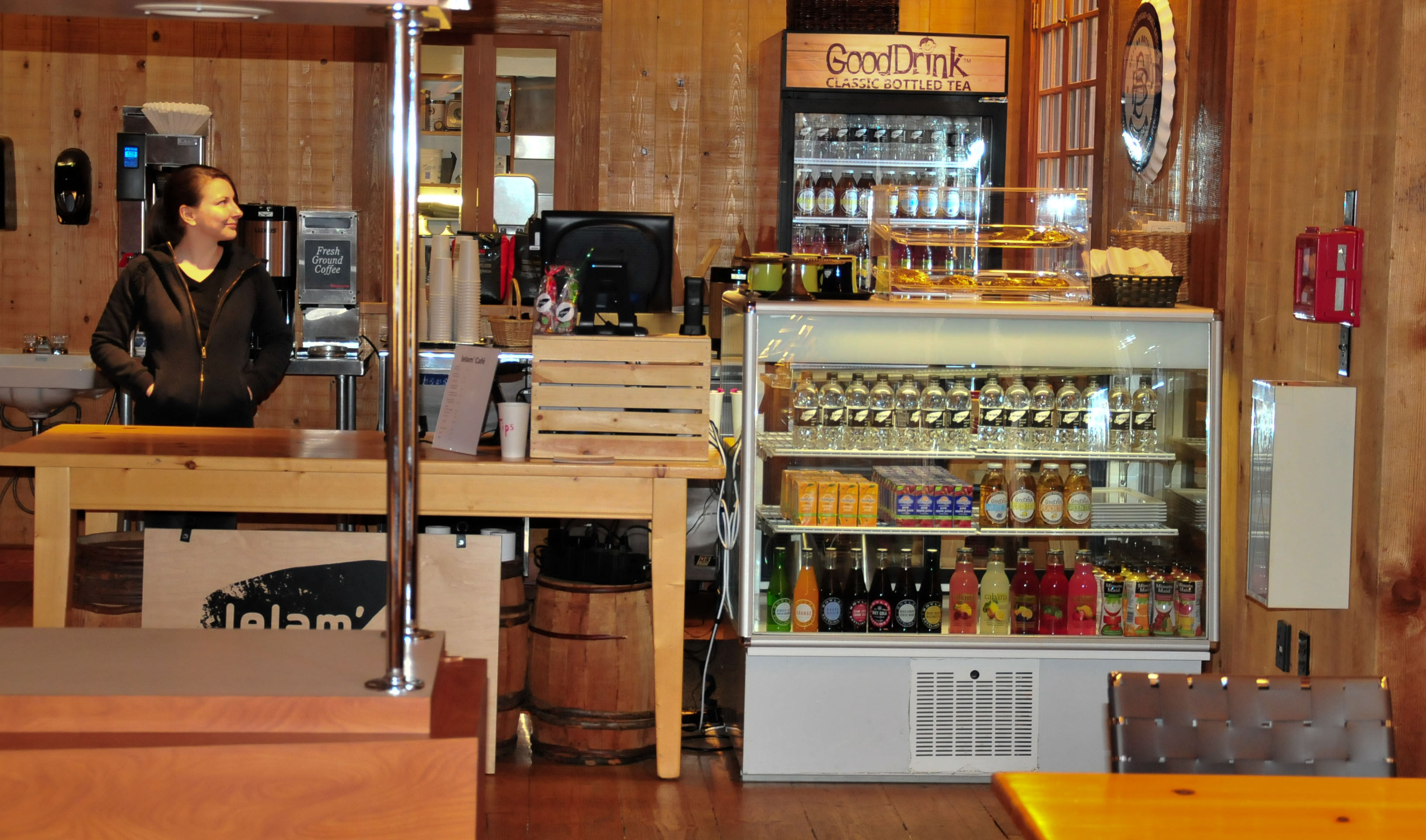 What suddenly has become kind of handy and possibly just a little too Fort Langleyish for some, but with a cheap annual pass to the Fort (less than $20 per year) Lelum At the Fort suddenly makes another fun and interesting place to have a coffee and relax and unwind in Fort Langley.   Especially when there are other things going on in the Fort and demonstrations happening and so forth. 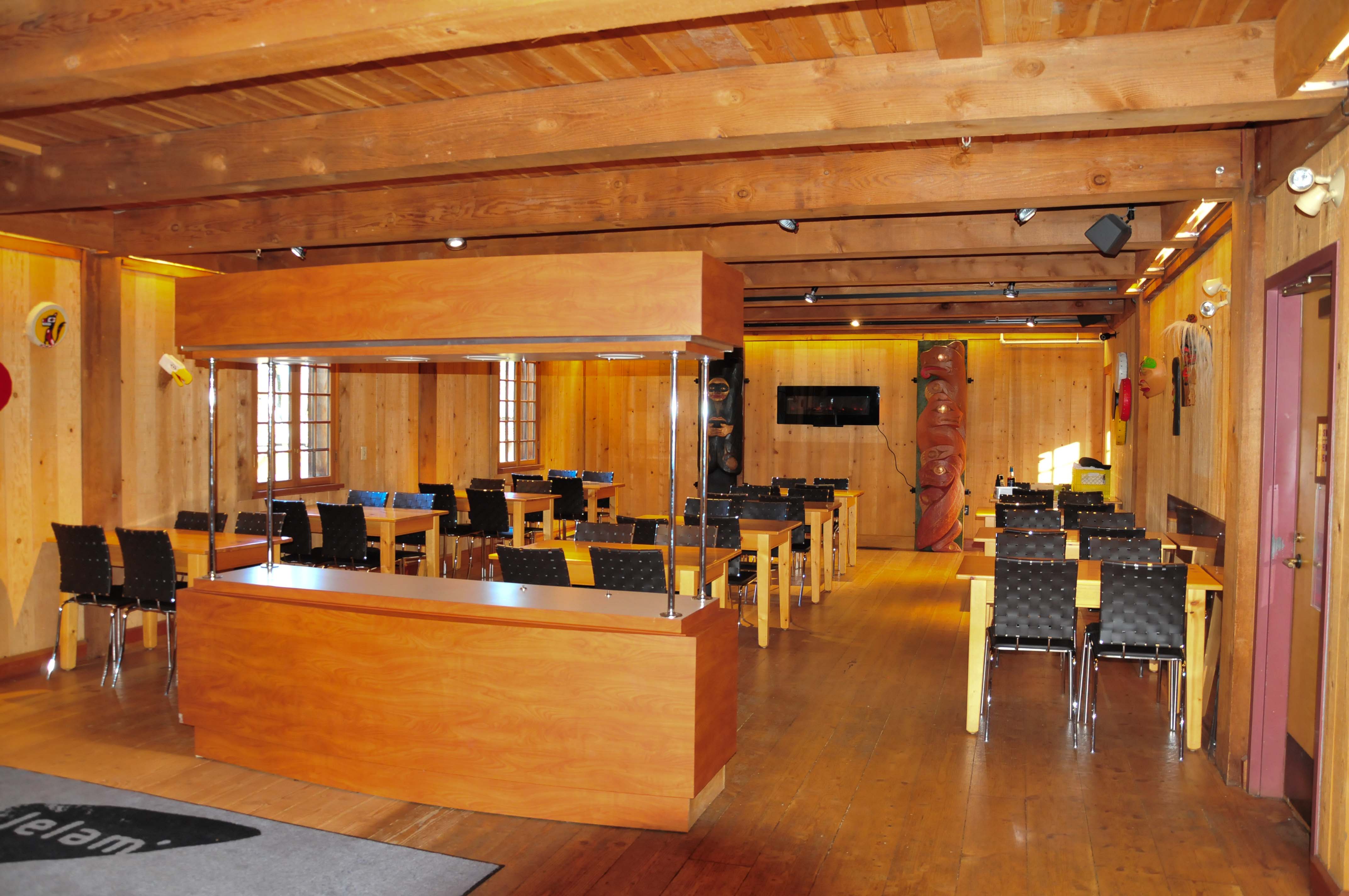 I wonder if I’d get in trouble if I started my own little fire in the main campfire circle on cool days to have my coffee on one of the benches there? I think having Lelum running that Cafe is a great idea and I, for one, plan to visit there as much as I visit and support many of the other coffee shops and restaurants in our beloved Fort Langley.   I hope you try it. 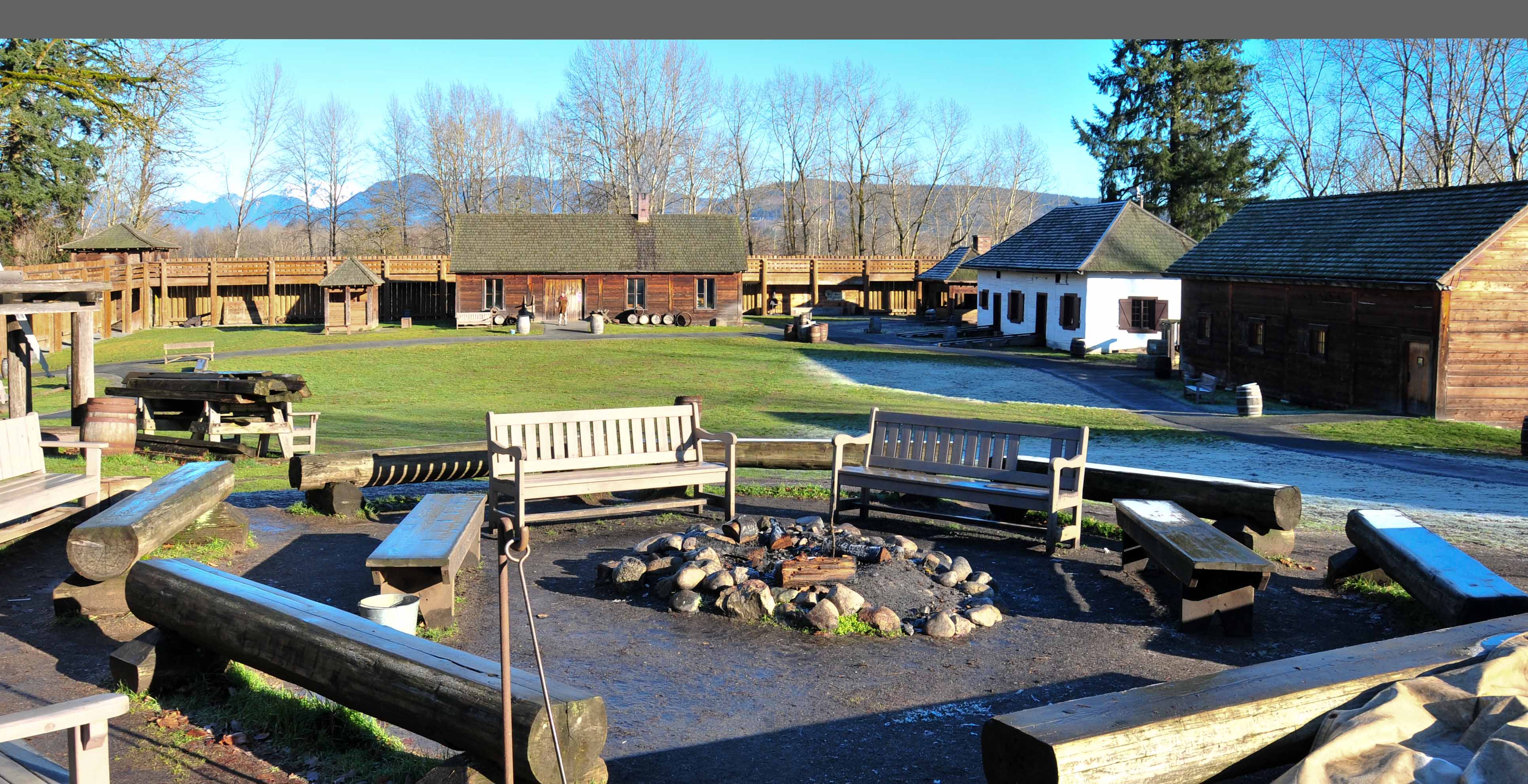